Are you ready to head west along the magnificent Wild Atlantic Way coastline?

Pick up your passport and collect stamps along the way, each stamp is unique to every stop and is the perfect souvenir of your trip. The Wild Atlantic Way stretches 2,500km along the rugged coast of the west of Ireland, on this epic journey you will find glorious mountains, cliff edges, luscious green forests, and breath-taking views. The Wild Atlantic Way is the world’s longest defined coastal touring route beginning in the wild Donegal headlands in the north all the way down to the picturesque peninsulas of Kerry and Cork. The route has 188 discovery points, but don’t worry about trying to get all stamps in one trip, bring your passport on your next trip and keep collecting stamps no matter what area of the Wild Atlantic way you find yourself on.

In Enniscrone you can get your stamp from the local post office, open Monday to Saturday (opening hours vary, closed on Sundays). The stamp you receive is that of Enniscrone Pier with a picture of the infamous Black Pig, the legend of the Black Pig is said that a wild boar appeared from the sea, killing anyone who touched its poisonous bristles, even after the people of Enniscrone chased it out of town and killed it, its bristles were still deadly, and it was hastily buried. It is at the Enniscrone pier you will find the discovery point and the Wild Atlantic Way Marker, it is also the starting point for the beautiful coastal walk where you will pass ringforts and Enniscrone Castle. You can also visit the iconic Bath House or the Valley of the Diamonds at the far end of the beach.

Wild Atlantic Way Passports can be purchased online for only €10 online HERE  or from a designated Post Office or Fáilte Ireland Tourist Information Centre, National Park, airport, or Bus Eireann office. Stamps are then collected at participating Post Offices and Tourist Information Centre, in your passport pack you will find a map detailing all the stops along the way, there are five areas along the Wild Atlantic Way Northern Headlands, the Surf Coast, the Bay Coast, the Cliff Coast, Southern Peninsulas and the Haven Coast. There is lots to be discovered along this great Atlantic coast route, get your passport and begin “The Journey of a Lifetime” (quote from passport)

Book your stay at the Ocean Sands Hotel and stay in the Heart of Enniscrone. 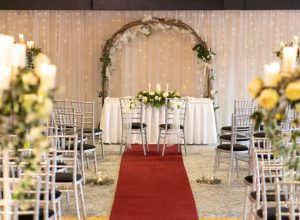 Our Sunset wedding day includes a beautiful reception for 150 guests overlooking the glorious sandy beach. A Spiritual/Civil/Humanist Ceremony can be included if you wish. 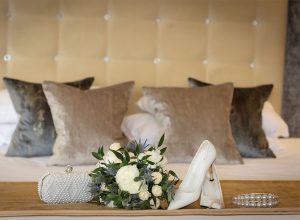 All Inclusive Weddings by the Sea

Everything you need for your wedding day all tied up with a bow. Nothing hidden. Nothing taken away. Our All Inclusive Wedding includes everything from 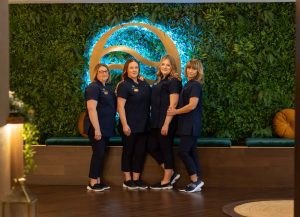 You’re invited to join us for our Ocean Spa Official Opening Party hosted by Spa Manager Louise from 7pm. It’s an open event 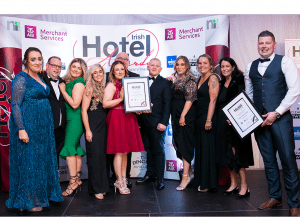 What a night it was for us at the Irish Hotel Awards 2022 – we scooped no less than FIVE awards! Our fabulous head chef 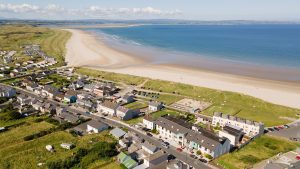 Start the New Year with an Atlantic Ocean Wellness Break at the Ocean Sands Hotel. This two day break is ‘me time’, a chance to 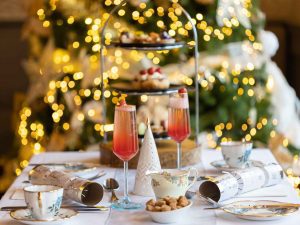 On Saturday 10th December treat yourself to our fabulous Festive Afternoon Tea with all the trimmings. It’s more than a little indulgent adding seasonal extras 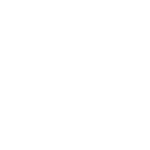 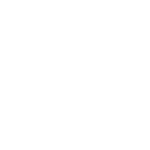